I thought I knew all about the local food specialties in my corner of the world, but then I had a peek at this blog post at All Over Albany. I can't say that I have every had -or desired- mozzarella sticks with raspberry sauce, or know why mini hot dogs made the list, and I lived in Albany for over ten years. As a Saratoga Springs resident for two decades, I can attest that potato chips were allegedly invented at Moon's Lake House in Saratoga Springs and for the last twenty years a local candymaker has been putting out a purportedly traditional Victorian holiday treat, the Peppermint Pig (complete with miniature hammer for smashing it to bits for consumption).

A map of New York state foods subsequently was posted on All Over Albany, which I reproduce below:

I have had the delectable spiedies of the Binghamton area, those marinated grilled chicken sandwiches, and of course Buffalo chicken wings are the best. And I must say no one really eats bark in the Adirondacks, except for the wildlife.

But I had no idea about Utica's Chicken Riggies. It seems that the Italian-American community there love a very saucy, spicy chicken with rigatoni (the "riggies" part) so I had to try that. The secret ingredient is chopped up hot cherry peppers, so do yourself a favor and buy some fresh or at least buy the biggest jar of pickled cherry peppers you can find and keep it on hand to make this great recipe.

I found this recipe at The Brooklyn Ragazza blog which claims to be the original recipe as created by chef Joe Morelli (one of Stephanie Plum's love interests in Janet Evanovich's comic mystery series is named Joe Morelli, so that was another propitious sign inspiring me to make this dish).

I cut down on the hot peppers called for in the recipe and had a slightly more judicious hand with the meat, and dairy products, and served up our Chicken Riggies over gluten-free corn rigatoni.

And husband and child number 2 tell me it must now be part of our regular menu rotation. 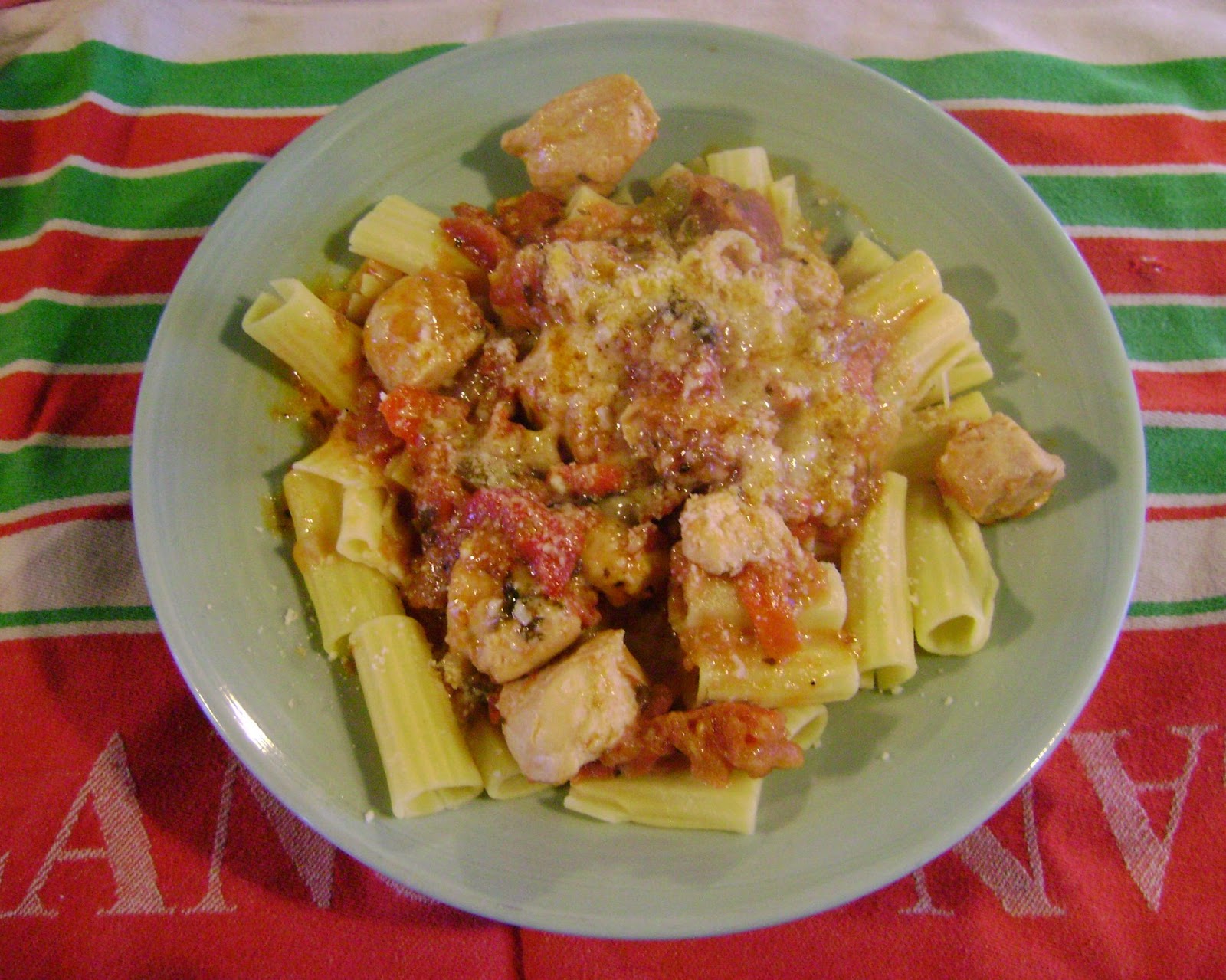 Here's my version of Chicken Riggies, made Gluten-Free and a bit lighter on the old stomach.

In a large pot heat 2 Tbsp. olive oil on low heat with 4 of the garlic cloves. Be careful that the garlic doesn’t get brown or burnt. Cook, stirring, 2 minutes.

Add tomatoes and Sherry. Simmer for a few minutes.  Add the butter, dried basil and the sea salt.  Allow to simmer on very low heat.

Meanwhile, in a skillet, saute the chicken in remaining 2 Tbsp. olive oil. When chicken is almost browned, stir in the roasted red peppers, cherry peppers, and remaining garlic and sauté for a couple of minute so the flavors marry.

Stir tomatoes and Romano cheese together and add to chicken. Simmer for 10 minutes.

I'm sending over a plate of this Utica, New York signature dish to the Pasta Please Challenge, hosted by Tinned Tomatoes and guest hosted this month by Slice of Me. 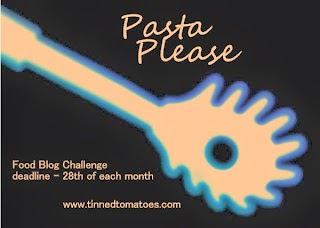