Guten tag! The current book selection for the awesome online foodie book club, Cook the Books, is Sarah McCoy's "The Baker's Daughter". I am a butcher's great grand-daughter, by the way, hence the title of this post, and I have a couple of his knives and the hand scars from using them to prove it. No candlestick makers in the family tree, though.

McCoy's novel takes place in Germany, during the waning years of World War II. The main heroine is Elsie Schmidt, a teenaged daughter in a hard-working family of bakers, who are in favor with a local Nazi soldier who is sweet on Elsie. While she doesn't return the ardor of his affections, she is aware of how important it is for her family to continue the relationship. She has an older sister, Hazel, who had an out-of-wedlock son with another soldier who was killed they could marry and before the baby was born. Hazel was enlisted in the Lebensborn program, a strange breeder program whose stated purpose was to produce healthy Aryan stock, but seems also to have served as a handy brothel for Nazi soldiers. Elsie shelters a runaway Jewish boy in her bedroom attic after he appears one night being hunted down by local militia. 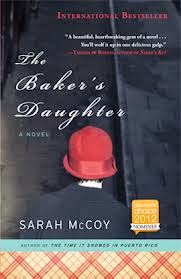 These scenes from 1945 are interspersed with contemporary scenes in Texas, where Elsie has emigrated and is now an elderly woman. She has a German-style bakery on the Texas-Mexican border, and her back story is now sought by a dithering magazine journalist named Reba. Reba's boyfriend Riki is a U.S. Border Patrol agent, and there are some storyline parallels about ethnic intolerance during both time periods that are encompassed by the book.

Overall, I enjoyed reading this book and found Elsie's character and that of her paramour, Josef, very well-developed. Other characters felt like over-the-top caricatures, like the sadistic Nazi Major Gunther Kremer, or were just plain tiresome in their indecisiveness, like Reba. However, there is a wealth of detail in describing the scenes at the bakery and a poignant Kristallnacht scene, and I particularly enjoyed the author's skill in portraying the shifting relationship between Elsie and a cantakerous old bakery customer, Frau Rattelmuller.

This book was a satisfying read and there were lots of great Eastern European bakery items to contemplate (and a few recipes capping the end!). For Cook the Books, I was inspired to make a good rye bread, something which is a difficult challenge when one bakes for a celiac, as rye is one of those wheaty cousins that must be avoided. The taste and heft of a good rye bread slice (particularly when toasted) is hard to resist, so I perused my cookbooks and the Internet to find a good gluten-free rye bread recipe. 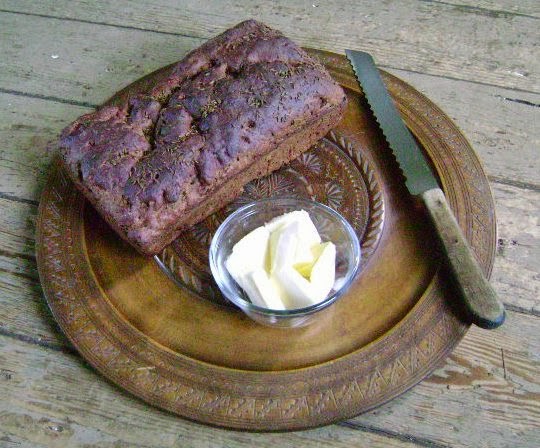 I found one at the blog Angela's Kitchen, and amazingly enough, I had all of the many required ingredients, save for anise seed. I substituted star anise instead, and the results were delicious. The bread has a complex and hearty flavor and the crumb was excellent. It was a lot of work, and required an arsenal of various flours, thickeners and gums to replace the traditional wheat and rye flours, so next time I would double the recipe and make two loaves. 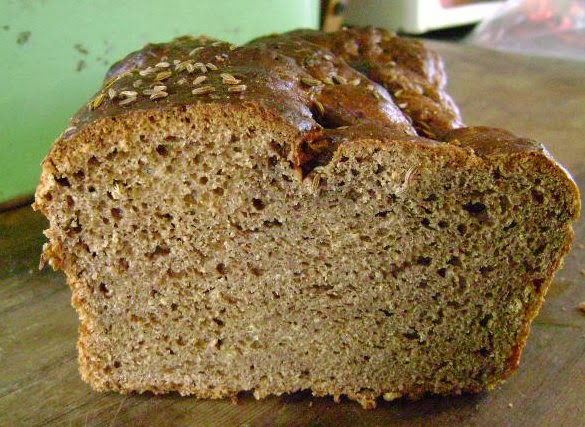 A roundup of the Baker's Daughter posts will be held after tomorrow's posting deadline. Heather of Girlichef picked this savory title for our group to read and has secured the author herself, Sarah McCoy, to serve as Guest Judge to read through the submissions.

I'll be the host at the helm for the next two months at Cook the Books, where we will be reading Barbara Kingsolver's book "Animal, Vegetable, Miracle". Please feel free to join us in reading this great book and then blogging up your thoughts and a dish inspired from its pages. There's no requirements to join other than submitting your posts by the deadline of November 25, 2013.

Earlier this year, the husband and I attended a local Chili Cook-off which was a great deal of fun. We both liked the white turkey chilis the best out of the local assortment and had fun schmoozing with local restaurateurs and other chili-heads at this tasty do.

The Washington County Dairy Princess was in attendance as well and in between polishing her crown and handing out samples of cheese, she was doling out dairy-packed royal recipes. One of those was for a Hot Pizza Dip, which is a bubbly, luscious layering of various cheeses and seasonings that we have made several times since.

Now that it is the season for watching those interminable Fall sports, namely football, this makes a great excuse to avoid at least one quarter of somnambulistic activity next to my sports-loving spouse by heading off to the kitchen and whipping this up. Another chunk of time can be spent eating this in a recumbent position while nodding sagely at any sports fans as they relate tedious anecdotes and statistics about various football players and teams and you dream about Spring baseball season.

Combine mozzarella and Cheddar with chopped peppers. Layer half of this mixture over cream cheese. Spread pizza sauce over that and then sprinkle remaining cheese-pepper mixture over all.

Serve warm with those big kind of tortilla chips. 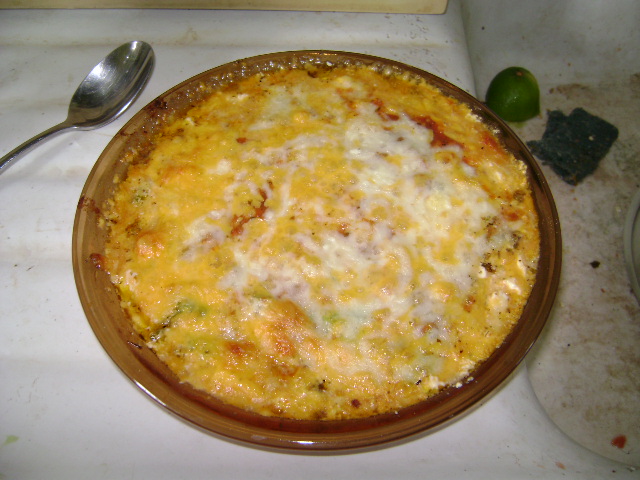 I am submitting this recipe to the Four Seasons Food September Challenge, which is hosted by Delicieux and Chez Foti, two gorgeous French food blogs.