Of Possums, Oysters and Mark Twain

My Cook the Books Cohost Simona (the cheese-, pasta- and bread-making force behind Briciole) picked a wonderful title for our online foodie book club to savor: Andrew Beahrs' Twain's Feast: Searching for America's Lost Foods in the Footsteps of Samuel Clemens. The book examines some regional foods that Twain pined for, both in terms of their historical importance and as they appear in contemporary America, interspersed with some snippets about Twain's interesting life. It's a great gumbo of a book full of food history, ecology and literary biography and a good introduction to the life and words of this multi-faceted American genius without having to snap one's wrists wielding his autobiography (Vols. 1 and 2 of an anticpated three volume set recently released on the centenary of his death and weighing in at 4 lbs. each so far). 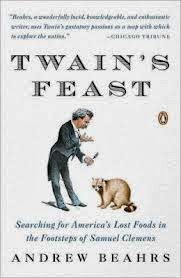 Twain's Feast is a book that both Dan and I thoroughly enjoyed and which we kept reading out loud to each other during each of our turns flipping through it. Beahrs' starts with a list of American dishes that the homesick and hotel food-weary Twain dreams of tasting upon his return from the European tour described in his hilarious 1880 travel memoir A Tramp Abroad:


"It has now been many months, at the present writing, since I have had a nourishing meal, but I shall soon have one—a modest, private affair, all to myself. I have selected a few dishes, and made out a little bill of fare, which will go home in the steamer that precedes me, and be hot when I arrive—as follows:

To cap off this "modest" repast, Twain also noted that he would like some fresh fruit and ice water on the table.

It's quite a list. And one would think that a food blogger, namely me, would have an easy time selecting from this cornucopia of foods to produce a dish in homage of Messrs. Beahrs and Twain, but I was unsettled about what to make.

My first inclination was to make Saratoga Potatoes, being that I live in New York's Saratoga County and these CRISPY delights are the stuff of local food legend. Saratoga Potatoes are now more commonly known as potato chips -or crisps to you Brits- and were allegedly first whipped up in anger by George C. Crum, the chef at Moon's Lake House in Saratoga Springs, for a pesky customer who kept returning his potatoes back to the kitchen. I made a pilgrimage to Potato Chip Lane, near the famous Saratoga Race Track, but was left uninspired, though I plan to try my hand at chips in a future blog post. 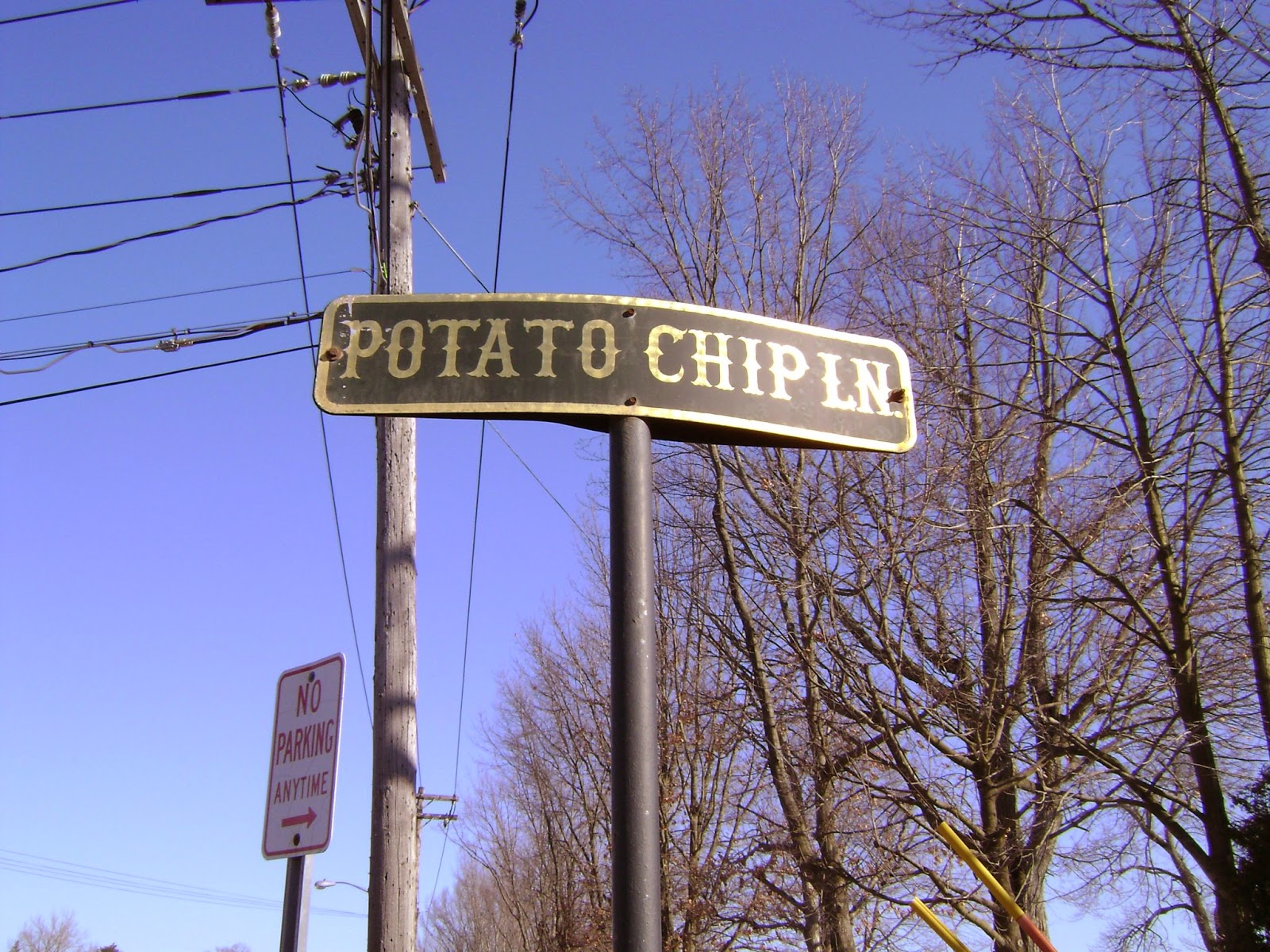 Twain's list referenced two American mammals, the opposum and the raccoon, which are given a chapter's treatment by Beahrs' as he attends a southern Arkansas coon roast. I don't understand why the locals bother cooking up 600 POUNDS of coon meat, when the stench from the fat makes the meat nigh inedible until it is boiled and rinsed and sauced to death. Then it takes like sauce. Must be just the novelty or the tradition of the thing.

I almost took it as a divine portent when unbelievably, we had a day time visit from a young opposum two weeks ago during the one day it was sunny and above freezing this calendar year. This possum was a real cutie and stayed around our house for almost six hours snacking on wild cherries that had fallen (and no doubt fermented) on the ground. At dusk, it made its way painfully slowly across our well-trafficked road to resume hibernation in our neighbor's barn. (Don't tell her, she's not a marsupial fan). 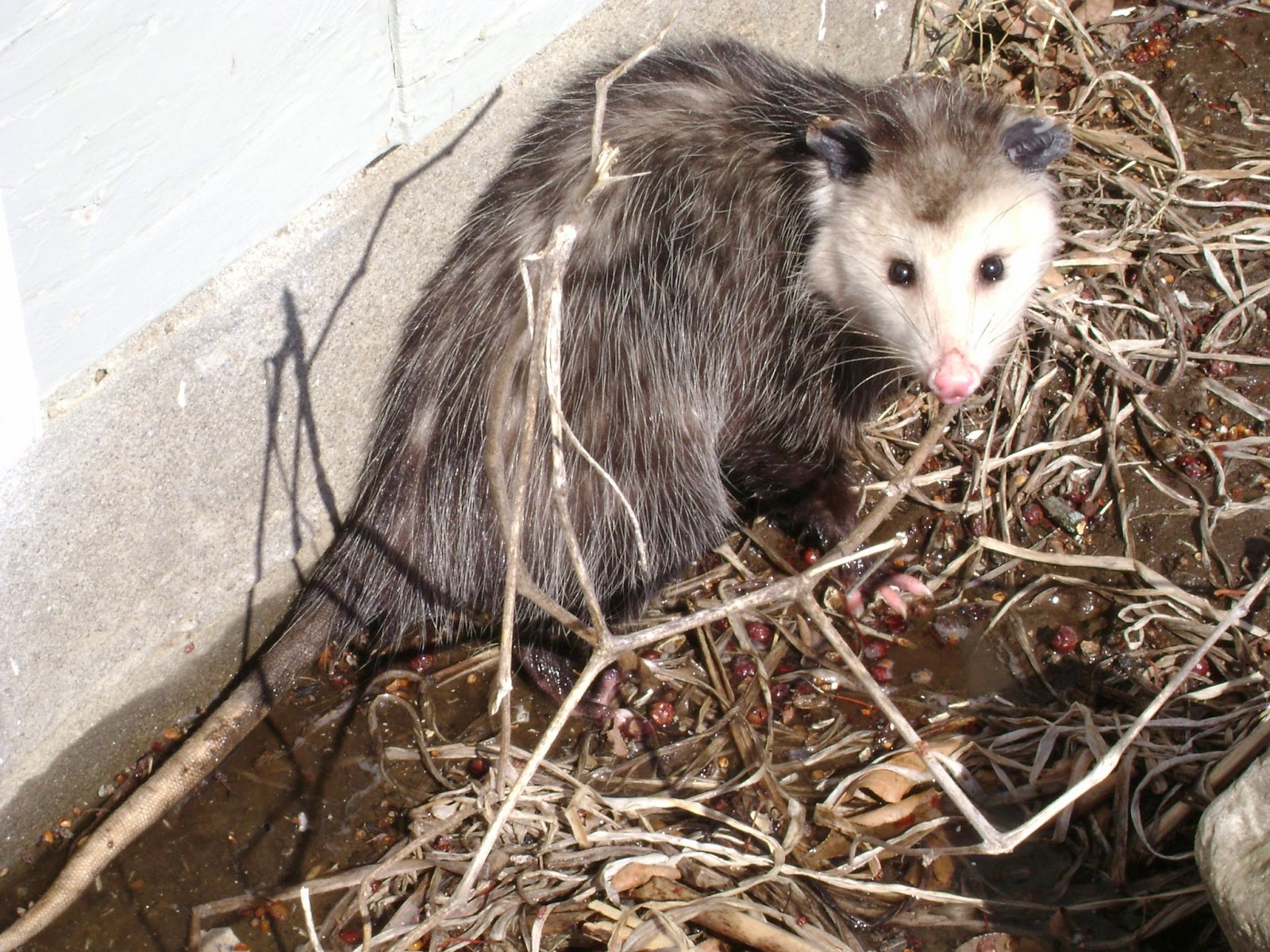 I ended up inspired by Beahrs' chapter on oysters, once so plentiful in the U.S. that they were sold by the barrel. I usually make my late mother-in-law's Scalloped Oyster recipe at the holidays, though my last several versions have been soupier than desired since we now make a gluten-free version. Here I was almost ready to go back to the drawing board again, as every supermarket and fish market I tried did not have them in stock. Apparently oysters are now considered only a holiday item. I did end up with one container of shucked oysters from the Saratoga Springs Price Chopper (they weren't in stock the other two times I tried) which were cleverly hidden away in a refrigerated case next to the organic vegetable section, so clutching this in the crook of my arm throughout the rest of my shopping trip, I got it home and tinkered with the family recipe to make this rich and delectable side dish.

1 cup gluten-free crackers, crumbled (I used Glutino original premium rounds – 4.4 oz. They are most like the saltines Millie used in the original recipe).

Use 1-2 Tbsp. butter to grease a 1-1/2 qt. casserole dish. Melt remaining butter and mix with cracker and bread crumbs.

Roughly cut up oysters to break up large pieces (I used kitchen shears in the oyster container so I wouldn’t lose any of the precious oyster liquor).

Place 1/3 of the buttered crumbs on the bottom of the casserole dish. Spoon half of oysters over the crumbs. Repeat layers once, reserving last third of crumbs.

Add enough milk or cream to oyster liquor to make 1 cup. Add in salt, pepper and Worcestershire sauce. Stir to mix well and then pour over oyster casserole. Top with remaining cracker crumbs.

If you don't need to dine gluten-free, replace GF crackers and bread with an equal amount of saltine crackers, like Grandma Millie used to. This dish is lovely served with a green salad and roll on the side or as part of your New England holiday table. 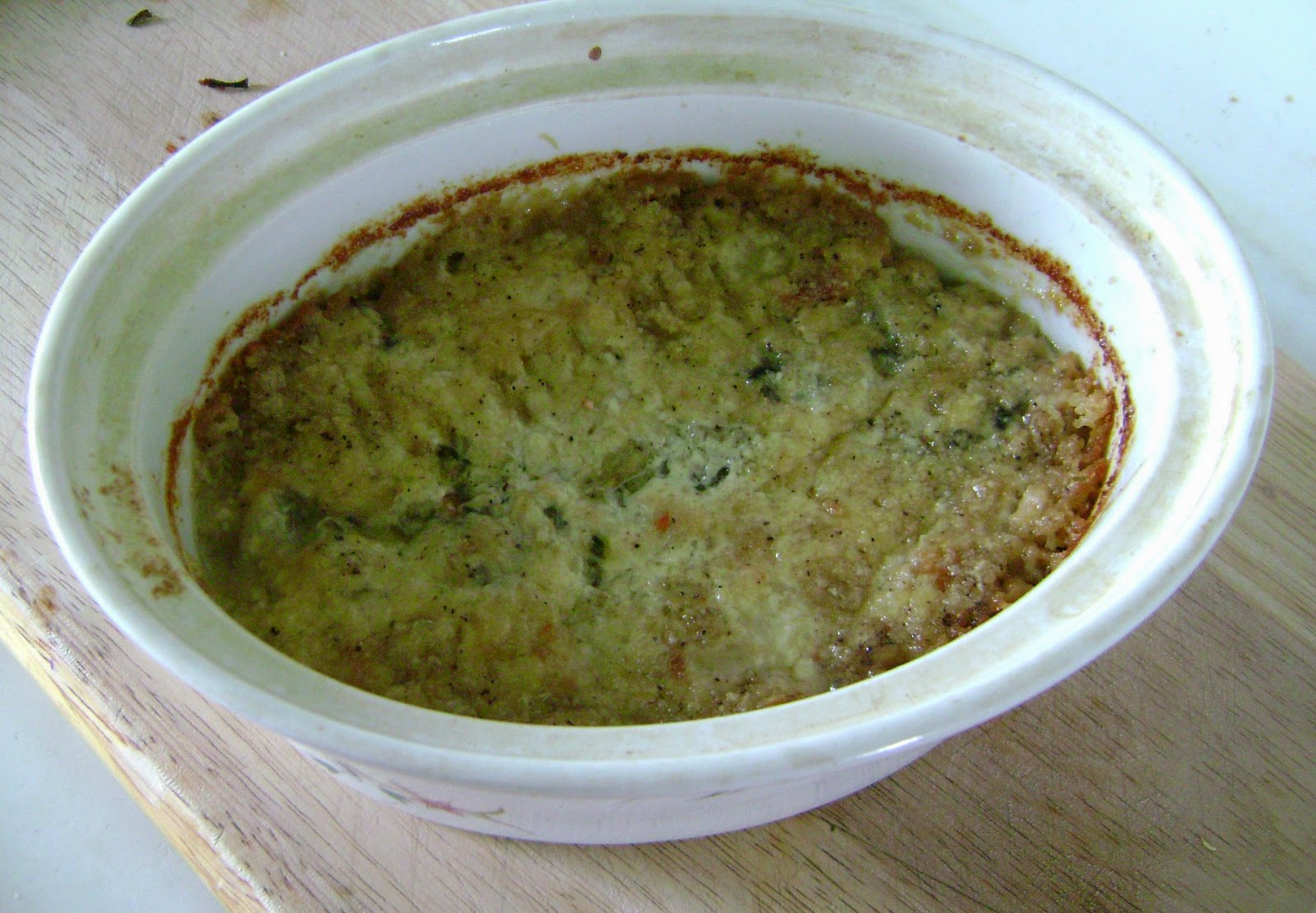 I am also sending a scoop of this rich and decadent oyster treat to Weekend Cooking at Beth Fish Reads, a weekly roundup of links to foodcentric posts across the blogosphere.

Through this relentlessly cold and snowy (and recently icy) winter season, I have been diligently trying to empty my chest freezer of several seasons' worth of chopped, pureed and oven-roasted garden tomatoes. I have been so diligent that I have in fact, run out of my homegrown tomato "gold", so I was delighted when Mooney Farms sent me a sampler box of some of their Bella Sun Luci sun-dried tomato products. Mooney Farms is a family-owned company located in California, and has a wide variety of plain and seasoned sun-dried tomatoes packed in olive oil and resealable pouches of julienne-cut sun-dried tomatoes. Dan and I popped the lid off the Sun-Dried Tomato Pesto with Pine Nuts the same night we received our package and mixed it over our warm pasta. The sauce is nicely acidic and we made sure to mop up all sauciness with the heel of our accompanying bread. Delicioso!

We also broke into a jar of Bruschetta and added a dollop to our omelets one morning. Very tasty once again.

A few days later, I added a couple of tablespoons of the julienne-cut sun-dried tomatoes with Italian herbs to a batch of Broccoli Salad, and it added just the right notes of brightness and zing to an already delightful mix of salty, sweet and fresh flavors. My friend Nancy brought a batch of this great vegetable salad to a summer party last year and I pestered her for the recipe. Here it is below, with the addition of these Bella Sun Luci additions: 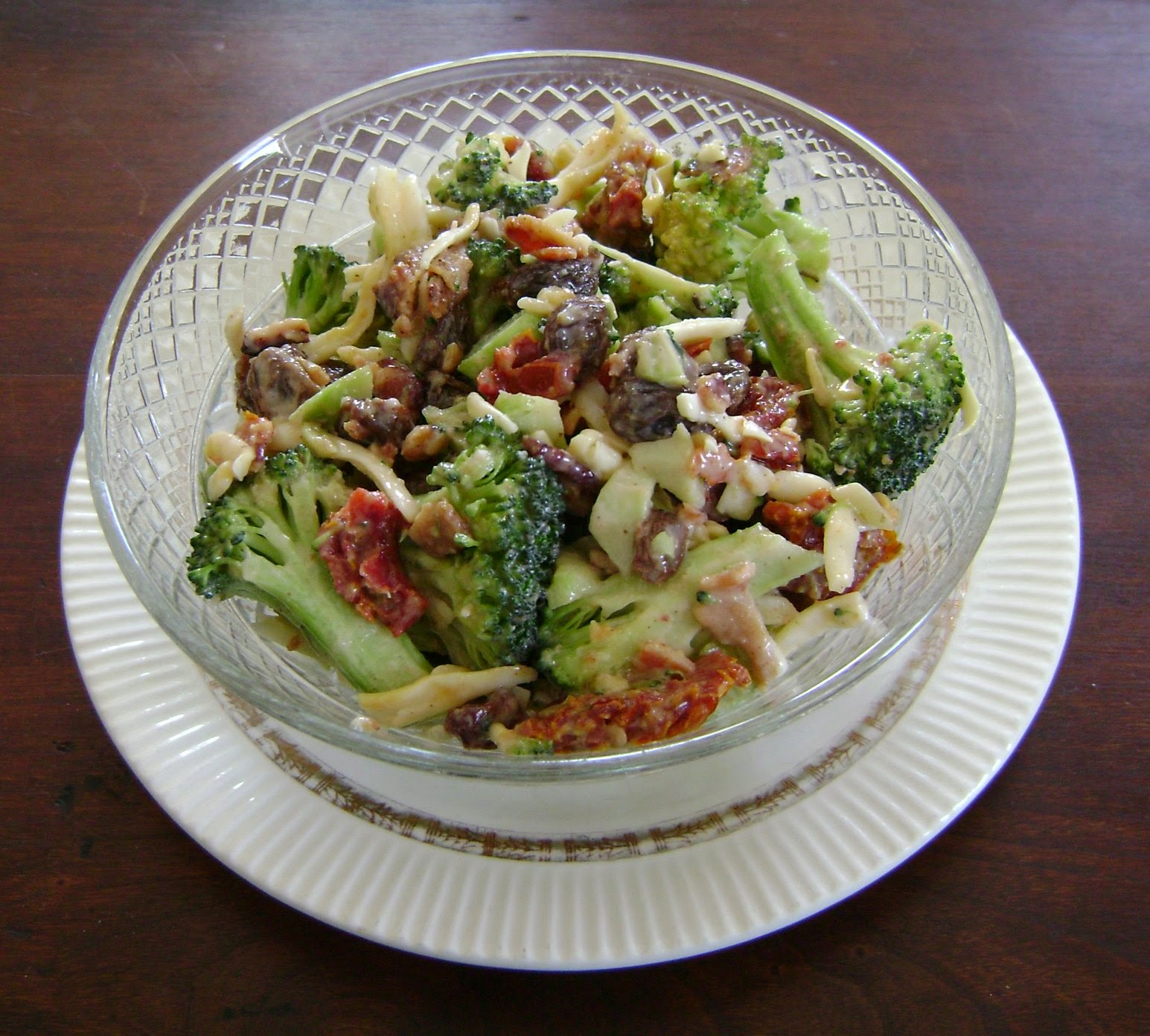 1 large head broccoli, cut into small flowerets (Nancy says: "I cut it very small and also the stems but skin them first or I buy a bag of broccoli slaw and just add the cut up broccoli crowns. I also  steam the broccoli just a tad sometimes.")

1 cup shredded cheese ( Nancy says "I use sharp Cheddar, use what you prefer.")

Handful of radishes- sliced (Nancy says ":I tend to cut them into little "sticks")

Combine cider and sugar until dissolved, add mayonnaise and stir until smooth.

Mix with rest of the above ingredients a few hours ahead of serving to mix flavors thoroughly.  (Nancy says: "I make the day before. It keeps well covered in fridge.")

You can check out a slew of other recipes using Bella Sun Luci's line of sun dried tomato products back at the Mooney Farms website, or create your own and enter to win a $2,500 cash prize in the company's recipe contest by July 1st.

Now for the giveaway part:

Mooney Farms has generously offered to provide a giveaway of some of their Bella Sun Luci sun dried tomato items to a Crispy Cook reader. To enter the giveaway, you must leave a comment below by the deadline of April 2, 2014. You can also earn an additional entry by liking the Crispy Cook on Facebook. If you have already liked the Crispy Cook, just note that in your comment below and your comment will count twice toward the random drawing for this giveaway. Giveaway limited to U.S. shipping addresses only.

I am sending a virtual bowl of this toothsome Sun Dried Tomato Studded Broccoli Salad to Deb at Kahakai Kitchen for her Souper Sundays event, where each week a sampling of soups, salads and sandwiches are rounded up from great home cooks around the world.

During the course of my holiday food shopping, I picked up a package of dates and meant to use them in something for the Christmas feast, but just didn't get to it. They've been stashed away in my kitchen cupboards since but after skimming a charming antique children's book, The Corner House Girls on a Tour, by Grace Brooks Hill, I was inspired to get cooking with them. 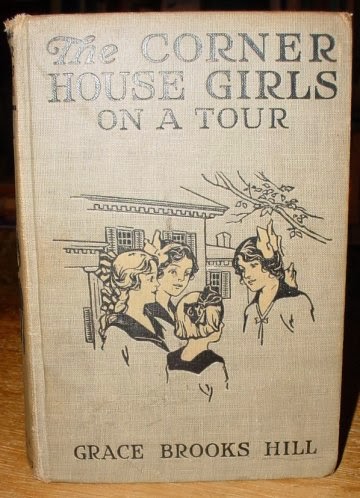 **As an aside, a used bookseller skims a lot of books-partly to figure out where to shelve them and partly, because we are magpie readers, visually attracted to all kinds of books that we want to place strategically around our bowers. I read 1-2 books a week but I estimate that I skim parts of at least 100 books a week.

Anyway, this picnic preparation passage from this 1917 volume caught my fancy:

"Ruth, the eldest and most sedate of the sisters, was filling sandwiches at the dresser—and such a variety as there was of them!

Chicken, with mayonnaise and a lettuce leaf; pink ham cut thin and decorated with little golden dabs of mustard; peanut butter sandwiches; nut and cheese sandwiches, the filling nestling in a salad leaf, too; tuna fish, with narrow slices of red, red Spanish peppers decorating it; and of course sardines, carefully split and laid between soda crackers. What picnic lunch would be complete without sardines?"

It all sounded like such a delightfully old-fashioned repast, and made me have a hankering for a nut and cheese sandwich, most specifically a slice of date-nut bread spread thickly with cream cheese.

My trusty Betty Crocker Cookbook (1996 version) had a quick recipe for Date-Banana Bread, which I halved, switched around and made gluten-free into a tasty loaf that was moist and substantial. 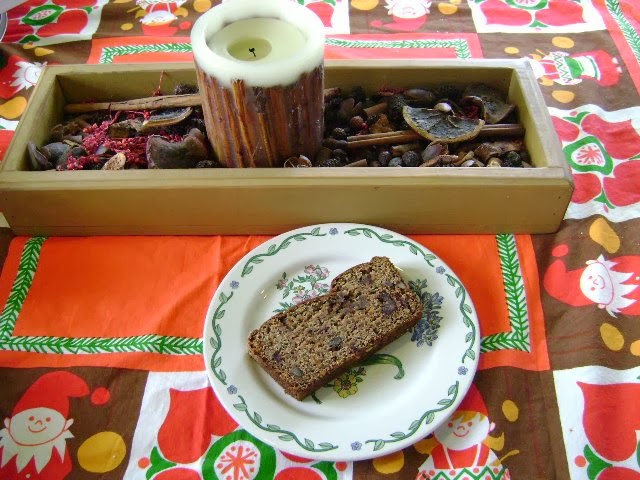 Here's what I did:

Grease one loaf pan with shortening.

Pour boiling water over dates to soften. Meanwhile, mix sugar and butter in a large bowl. Add eggs and vanilla and beat until smooth.

Spoon batter into greased loaf pan and bake in a preheated 350 degree F oven for one hour, checking with a toothpick to see that it comes out clean. If batter clings to the toothpick, keep checking at 5 minute intervals to test for doneness. 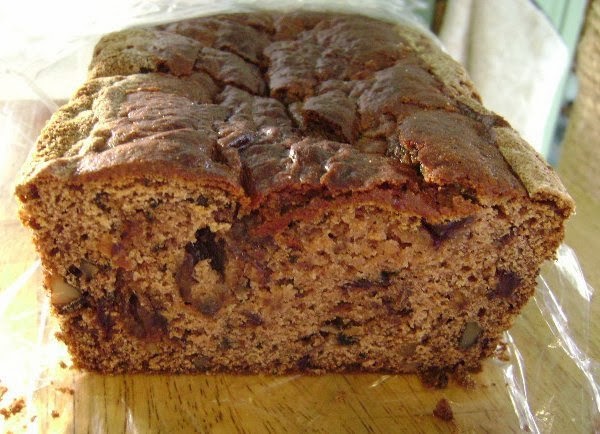 I am sending a slice of this luscious tea loaf over to Weekend Cooking at Beth Fish Reads, a weekly roundup of food-related posts. 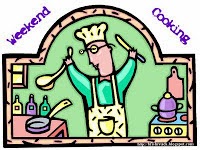 I also want to remind everyone of the giveaway that I have of two new gluten-free books back at this post. Deadline to enter the giveaway is March 5th.
Posted by Rachel at 10:14 AM 6 comments: