In the five plus years since the online foodie book club Cook the Books began, we've traveled to many kitchens in many lands, but never have we set foot on the African continent until this latest round. We're reading Baking Cakes in Kigali, by Gaile Parkin (NY: Bantam, 2010), an enjoyable novel reminiscent of Alexander McCall Smith's Number One Ladies' Detective series. 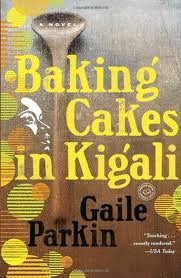 The book is set in the Rwandan capitol of Kigali, a few years after the terrible genocide of 1994. The central heroine is Angel Tungaraza, a Tanzanian grandmother who is living in a high-rise apartment building that houses many other residents from other countries. Angel's husband Pius is a university professor and they are taking care of their three orphaned grandchildren. Angel also has a business as a fancy cake baker and is sought after for her vibrantly decorated confections for weddings, birthdays and other special celebrations.

There are a lot of subplots and minor characters that weave into the novel and sometimes the social problems brought up in the narrative seem overwhelming, both in number and emotional content (female genital mutilation, grief, rape, AIDS), but I did savor this book (and am happy to note that there is a sequel, When Hoopoes Go to Heaven, published in 2013 that I am eager to read). Parkin is a native of Zambia and was a counselor in Rwanda for two years after the genocide, so I felt that the subjects she brought up and dialogue rang true throughout the tale. Despite all the heavy content, the tone of the book is largely upbeat and hopeful, though certainly, the world has not taken the mantra "never again" to heart all around the globe, but particularly sad in the nearby Central African Republic.

Angel could be described as a busybody, as she actively works to resolve the different conflicts she encounters among her customers, neighbors and friends. Whenever she hears about an issue that she feels is wrong, she slowly removes her eyeglasses and gives them a good polish from the ever-present collection that resides in her brassiere. "It was something that she found herself doing without thinking whenever she felt that someone could benefit from looking at things a little more clearly." (page 4)

Angel polishes her spectacles a lot in this book.

I found many enjoyable lines to quote. Here's a few that I found particularly wonderful:

At Cook the Books we read and review our featured books and then we cook up something inspired by our reading. I first thought that I would bake a cake like Angel, brightly and colorfully adorned. I did a little research on Imigongo, a native Rwandan art form in which wooden boards are painted with vivid geometric designs using... (wait for it.....) cow dung. I would, of course, have used an alternate frosting. 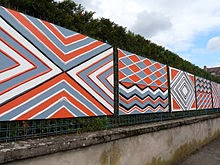 However, I decided to make a savory African treat instead and settled on Mchicha, a Tanzanian spinach and peanut stew, in honor of Angel's homeland. I found many recipes on the Internet and finally settled on this one, which I tinkered with to use 1 (10.5 oz.) package of frozen spinach ($1) instead of the 2 lbs. of fresh spinach ($8). I also added in a handful of frozen peas. I wanted to serve my Mchicha over ugali, a stiff cornmeal mush (African polenta!), but was out of same, so served it over stewed red kidney beans instead. A very tasty meal to honor this satisfying book. 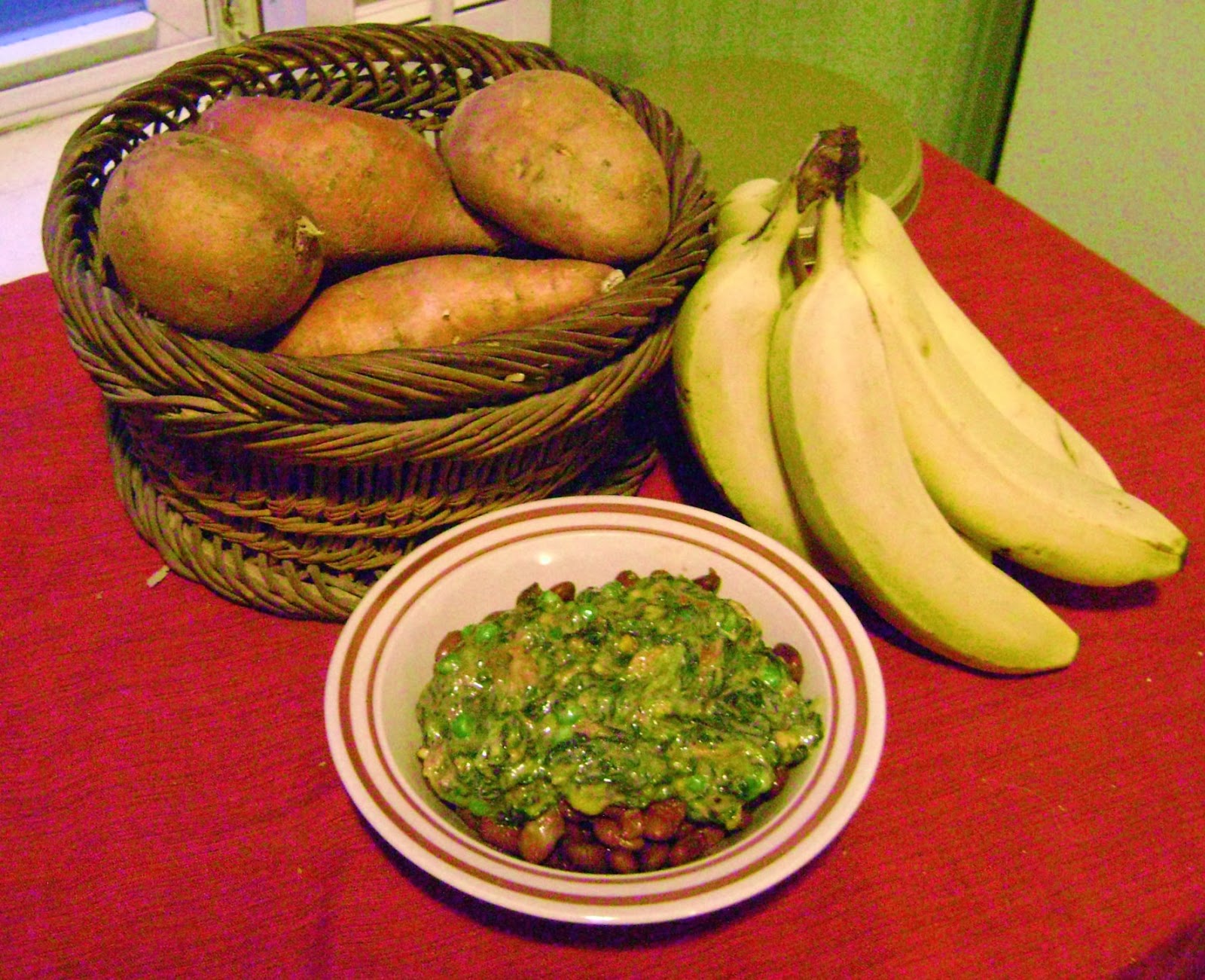 Please join us over at Cook the Books after the January 27th deadline for submissions to this round when our splendid CTB Host Deb of the awesome Hawaiian food blog, Kahakai Kitchen, will post a roundup of blog posts. After that, feel free to join our band of literary-loving cooks as we read Twain's Feast: Searching for America's Lost Foods in the Footsteps of Samuel Clemens, by Andrew Beahrs.

Great review Rachel--I am glad you enjoyed the book. How did I miss that there was a sequel!? ;-)

I love that you did a savory dish with beans--we were on the same page. (And really glad you didn't make a cake with cow dung hah! Although I do love the design of the Imigongo.

Great review of the book. Cow dung???? LOL I didn't even think to do a savory dish for this book. Very creative and delicious. I, of course, am waiting until the last minute to post. Glad to know there is at least one more in the series.

Rachel - I too loved that you did a savory take inspired by this book. I am happy to have joined this group and will be posting on the next round -- cathy

I love that you went savory on this book. I will definitely give your recipe a try. My family and I are heading into the Ts soon for our cooking around the world adventures. This looks perfect!

Your African dish sounds so delicious, I want to try it immediately. I think Angel would like for you to fix it for her, after a hard days work baking cakes and fixing lives.

An Imigongo-style decorated cake would have been quite nice to see, I am sure, but I like your choice of a savory dish better, given my preferences. As others have said, thanks for letting us know that the book has a sequel.